Even if you have never visited Vatican, you know some facts about this place, which annually attract millions of tourists to a small country... in the middle of another country- a tiny state located in Rome.

For all catholics Vatican is a holy place. It is the only country where the official language is Latin. To witness the Pope and even get his blessing ( which is also possible in Vatican) is the dream of each catholic. Every Sunday (at 12.00) the Pope start to bless people gathered at St. Peter's Square from the window of his residence. Those people who want to see the Pope closer and better, go to the general audience, which is held on Wednesdays at St. Peter's Basilica (except summer, when the Pope is in another residence). The guards take the Pope throne to the Cathedral. There the Pope takes another throne and welcomes the audience. Then he blesses people and sanctifies icons and other items.

The Sacred Vatican Grottoes is a unique system of catacombs, long narrow tunnels, numerous chapels and niches, located under the Cathedral of St. Peter. The main relic of the grotto is considered to be the tomb with the relics of St. Peter. Every year, thousands of pilgrims flock there. The numerous mausoleums and tombs are the graves of great people and faithful believers. Adrian IV-th, King James III and Sweden Queen Christina, 20 popes, and John Paul II are buried there.

Sant'Angelo castle age is over 2,000 years. Although initially it was planned as a place for tombs, in the Middle Ages it became known by its dungeon, located directly below the castle and equipped with a torture chamber. During Inquisition times it was the last place for many prominent figures, whose views were contrary to the Church's position. Then the fire stopped their lives. Giordano Bruno was among the most famous prisoners.

Being in Vatican climb to the gallery beneath the dome of St. Peter Cathedral - you will see beautiful panorama of the city. The famous dome of the cathedral has another attraction - there is the highest in the Vatican souvenir shop and a post office there: send a postcard from the sacred place.

Vatican City is "inside" Rome. To cross its borders you can use public transport - bus, subway or taxi. The city-state has a very strict dress code, and the visitors wearing too opened clothes will not be allowed on its territory. 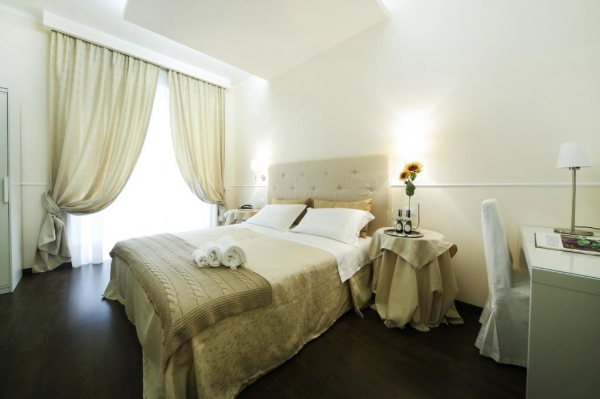