Although officially Taiwan is an island which belongs to China, it is a different world which reveals to you its numerous sides, beautiful and amazing, strange and odd ones each time you visit it.

Formosa, and this name stands for the " beautiful island" has the same charm which it showed to Portuguese who were the first people who found it in 16 century. In Taiwan, you will see sunny beaches, forested mountains, quiet villages, temples and monuments - the heritage of Chinese and Japanese eras. Huge contemporary buildings nearby will resemble you that Taiwan is known for its modern techniques and fast growing industry.

Taipei (the capital) is a modern metropolis with many Chinese and Japanese buildings. Wonderful museums, the most famous of which is the National Palace Museum attract tourists who want to learn everything about China and Taiwan as its part.

A small resort town Keelung which is placed 25 km from the capital is the place where you will see a statue of the Buddhist Goddess of Mercy (Kuan Yin), standing on the hill. Another curious for tourists place is Yehliu Park - amazing natural rocks, created over centuries by wind and waves attract visitors. Safari Park Leofoo is the only wildlife park in Taiwan.The largest statue of Buddha in Nirvana stands there.

Taiwan is the place where you can see national fests and shows. Street puppet shows can be seen in Summer. Years ago the action was accompanied by drumbeats and gongs, nowadays Chinese and Western instruments create the background music.

Orchid Island is covered with lush tropical flowers. Flowers are so original that even won prizes at international exhibitions. The small island is located 76 km from the southernmost point of Taiwan, so it can not take a large number of tourists. The isolated position of the island makes it a unique place. It is home to one of the major groups of Formosan Aborigines, whose ancestors once lived in the northern Philippines. The island is surrounded by coral reefs and it is one of the best places for diving.

Taiwanese cuisine is the mixture of Chinese eastern provinces kitchen and Japanese cooking. Seafood is used a lot. Boiled fish with herbs, fried prawns with cashew nuts, eels in pepper sauce, fish soup "Xian-yu", small fish fried in peanut sauce, "Nyingpo" salad of jellyfish, shark fin soup, a traditional snack in the form of an omelette with oysters, octopuses and other excellent seafood are amazing. Vegetables and young bamboo shoots are served with many dishes. 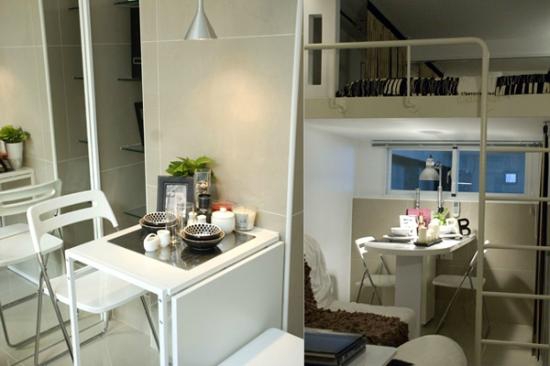