Syria is a Biblical land where Christianity and Islam have intimately interwoven. Kilometer bazaars there smoothly flow into the great civilizations ruins, with Crusader castles looking down on the contemporary resorts nearby the azure sea, while Christian shrines are carefully treasured in mosques. Most travelers come here on tours, a little less - in religious tours or pilgrimage.

The climate is subtropical Mediterranean near the coast, and continental dry in the inland areas. The most appropriate time for travelling is from early autumn to late spring.

The range of accommodation facilities in the country is very wide, from relatively inexpensive and modest establishments to five-star luxury hotels. All the luxurious hotels are located in Damascus, although Aleppo, Hama, Latakia and Palmyra are also not deprived of 5* service.

Many purchases are better to do in the markets of Damascus or Aleppo.

In Syria, a lot of products of local artisans of pearl, wood, fabric, leather and silver are for sale. Local souvenirs are spices, silver and gold jewelry, silk scarves, costumes, olive oil, sheep skins and sweets.

Damascus is known as one of the oldest cities. Orthodox Convent of the Sednay Mother of God is at 14 miles away. Placed at 4.500 ft aloft, it is known for the miraculous icon written, according to the legend, by St. Luke. There is also Maalyulya town with Monastery of St. Thecla and St. Sergius church. And the two nearby villages are the world’s only settlements where the Western Aramaic dialect is still spoken.

The town of Aleppo is known for interesting colorful old Jade and Taipei districts, caravanserais (Dzhumruk, Wazir, Sabuni and others), churches, mosques and "hamam" baths.

Palmyra (Tadmor), situated in the very middle of the Syrian desert remains among the most spectacular dead cities of the antiquity. There is a huge section of the archaeological sites, which include enclosed with a high wall temple Bel, a large colonnade through the main street, spas, shopping areas, the Senate, the theater, the Roman camp with pretorium and the Arc de Triomphe and more.

Town of Bosra is completely built of black basalt. Major sight here is an ancient Roman theater. Nymphaeum, Nabataean Gate and a triumphal arch are also well preserved. Needless to say, that Bosra is incorporated in the UNESCO list.

Hama is located between Aleppo and Damascus. Here are huge wooden wheels pumping "Noria" 60 ft in diameter. Abu al-Fida and Nuri al-Azem Palace are good places to see too. 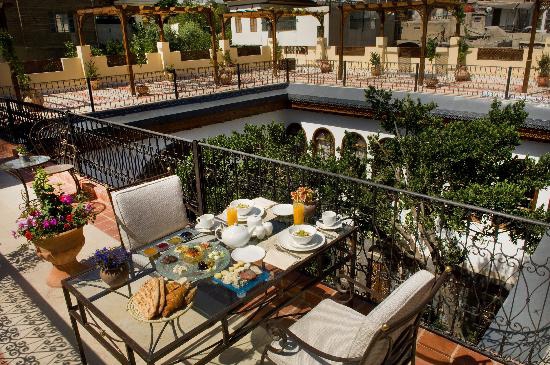 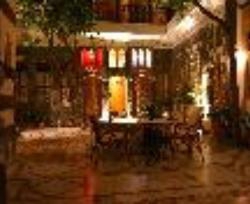