San Marino is called the oldest republic of the world, though being the third Europe smallest state. Its size is 61 square kilometers comprising a population of 32,000 people. The country was founded untill 301 AD by Marinus, a Christian stonemason and due to its location was and still is greatly influenced by Italian social, economic and political trends. It is governed by ones of the earliest written documents which are still in effect.

San Marino is known as one of the wealthiest world countries having a stable economy and the lowest unemployment rate. It focuses its industries on banking, ceramics and electronics. What is interesting, this is the only world country where there are more vehicles than citizens registered and the country sells most postage stamps in the world.

Lying 657 m above sea level the country comprises a few towns situated around the sides of a mountain. The capital has the name of the country and lies on the top of this mountain. It is surrounded by a tall wall with towers and overlooks an incredibly popular Adriatic coast. San Marino is associated with a Mediterranean climate having warm summers and rather cool winters.

The largest city is Dogana, but tourists usually are attracted by the capital city. They are given an opportunity to see two of three state towers, winding walkways and narrow streets or catch fish in the lake Faetano. Usually, visitors are suggested buying weapons, disposable cameras or batteries, as they are much cheaper there. Everyone can enjoy Italian food in San Marino, but a national dish Torta Tre Monti ("Three mountains cake") is worth tasting. And do not miss a chance to taste local beer, wine, coffee and a lemon liquor.

San Marino is the country which in spite of its tiny size is always lousy with tourists due to its spectacular scenery and gorgeous history. 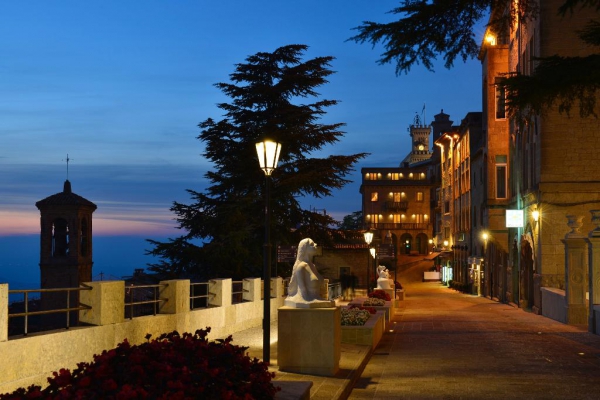 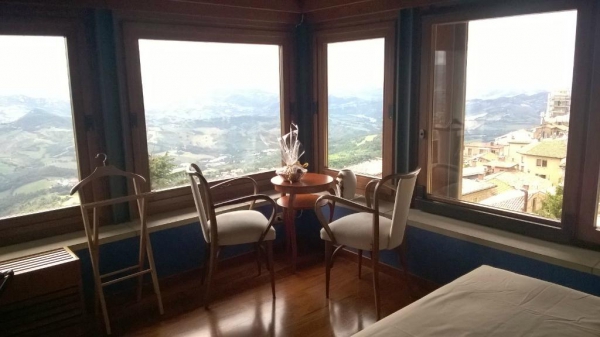