Romania - the country which has borders with Ukraine, Moldova, Hungary and Serbia, is an ancient territory where people have been living for over 600.000 years. Bucharest - its capital, is placed in the south of the country. Even the country name - Romania will prompt you that Romans lived at this territory. There are many tracks of Greek civilization in Romania as well.

Romania is ove of the most visited countries, as the legendary Bran Castle - Dracula residence is placed there. There are special tours to Transilvania which are devoted exactly to exploring this place. According to the legend, Vampire #1 was the owner of this gloomy but gorgeous construction. Bran Castle is often called Dracula's Castle. The building is really very old. It was mentioned in the notes of 1377. Brasov, the city which is placed 25 kilometres from the legendary vampire residence, today is a festive tourist centre. It is the centre in all meaning of the word - geographically the city is also placed in the middle of Romania. You can order a walk tour for the day or even several days and visit all the places which refer to the history connected with cruel Vlad Tepes, the prototype of Dracula and listen to the legends which live in this land.

Romania unfortunately belongs to these countries which suffered from dictators regimes. People living in the country when it was under Ceausescu power remember the terror of that period. Timisoara is the first city which was freed from communism after the uprising in 1989 . The museum dedicated to this important event in the history of the country is a "must see" to the tourists who are interested in global history. The former residence of Ceausescu (dictator president, executed later) in Bucharest is the largest building in Europe (and the world's second largest - after the Pentagon). 12 floors (not counting the 4 underground), 3,100 rooms, 330,000 square meters. It is definitely the place you have to visit when you come to the country.

Romania is the land which has a very unusual phenomena - mud volcanoes. Located near the city of Buzau in Eastern Romania, mud volcanoes are a unique natural object. These volcanoes "spit out" mud that spreads over the surface. Water and oil often come to the surface of thees volcanoes.

The other unique natural construction you will meet in the Southern Carpathian Mountains. It is the stone resembling Egyptian Sphinx.Located at Caraiman mountain , it is placed at 2294 m above sea level.

The ancient salt mine in Tîrgu Ocna town is an underground sanatorium, which is very popular among people suffering from stomach disorders, and tourists.

Romanians are people who love fun...even after death. Visit "Merry Cemetery" and watch the bright colorful monuments and stellas there. It is placed in Sapanta village. Painted tombstones, comics will tell you interesting stories from the life of the people which are buried there.

Of course, the beauty of Romanian land is the best attraction. Try to find a day or two during your tour over this country and visit parks and forests, mountains and lakes of this beautiful land and take the photos which will remind you about your unforgettable trip.

Many tourists are concerned if Romania is a safe country. Traditionally this land is full of gypsies. This nation is really - one tenth of the country population. Gypsies never settle anywhere, but some of them do and soon become prosperous people. "Romani" have many talents, especially in singing and dancing.

In Romania you should not be scared to be deceived by gypsies. Better visit the concert of Taraf de Haidouks - the best in the world group performing gypsies' soul. Fanfare Ciocarlia orchestra is the world famous brass band from Romania which made the popular tracks for Emir Kusturica movies. Native Romanian people dislike when somebody confuses them with "Romani" - gypsies. Thus, the chance you will become a "victim" of gypsies "tricks" in Romania is less even than in Italy or France. Better relax and discover the beauty of the old land - Romania. 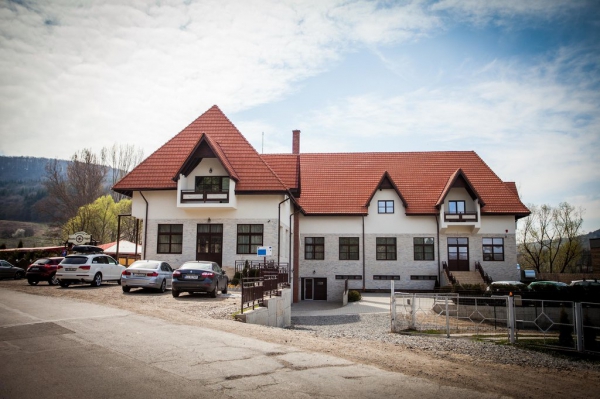