The Netherlands is a small country of showy flowers, twisted canals, mills, wooden clogs, bicycles, tasty cheese and herrings and a brightly unique twilight world. It is situated in northwestern Europe and you may get there by any kind of transport, suitable for you.

The climate of the Netherlands is temperate but quite rainy. The winters are mild and summers, in the opposite, are cool. It's raining at least twice per month, no matter what the season is; however, the rains are not heavy. The best time to visit the Netherlands is from the middle of April till the end of October.

Each inhabited locality in the Netherlands, whether that be a little village or a large city, has something interesting to see. Amsterdam is both the capital and the most popular city for tourists. Delft is the birthplace of traditional Dutch white and blue ceramics. Rotterdam is famous for its unique contemporary architecture, exciting nightlife and the biggest sea port in all Europe. In Utrecht, there are many antique stores. Groningen is a student city with many hot nightspots, discos, entertainment centers, etc. In Arnhem, you may see old mansions, which are great examples of old architecture, enjoy nature in large national parks ( Veluwe, Sonsbeek, and Meinerswijk) and take part in spectacular cultural events.

Small towns and villages are also quite attractive and have the unique Dutch atmosphere. For example, Volendam has a big port in it. There you can see gorgeous yachts and picturesque fishing boats, walk the streets with beautifully decorated houses and savor fresh fish dishes. Another small town Zaanse Schans has a beautiful open-air museum and several cheese factories.

Interesting places in the Netherlands

There are lots of unique visitable places in the Netherlands. Museum and history lovers often go to Amsterdam to see Anna Frank's House and get an eyeful of beautiful Dutch paintings in Rijksmuseum. People, who like the nature will definitely enjoy the excursion to Keukenhof in Lisse – the garden where more than 7 million flowers grow. Party goers, clubbists and all those, who love entertainments will be surprised with the amount of luxury disco-clubs, atmospheric festivals and leisure complexes to go.

Traditional Netherlandish food is a bit unusual for the newcomers. The most popular dishes are haring – raw herring, fully cured and served with chopped onions and soft unleavened bun, boer en kool – potatoes and borecole with sausage, erwtensoep – a very thick soup made of green pea and smoked sausage, or hutspot – mashed potatoes, served with dressing made of carrot and onion.

People, who prefer less unusual meals, won't remain hungry, as there are many cafes with American, Italian, Mexican or Asian food in the Netherlands. 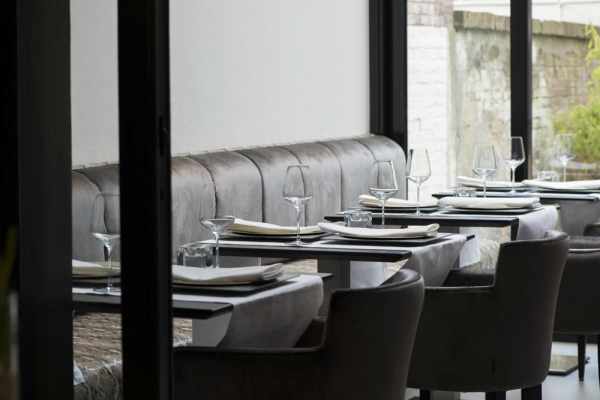