For many centuries Morocco territory, placed it the North-West of African continent was a white page for the people living in Europe, both Americas and Australia. The XX th century opened to the whole world this unique tourist destination. In Arabic the country name is translated as Al-Maghrib, which means "Land of Far West". It is also called Marrakech which stands for "red" or "beautiful". The country flag is also red. A star of green color (green often is a sign of Arabic world) is in the middle of it.

Although Morocco is placed on the sea coast, the mountains mostly dominate in the landscape. The country is located at the "junction" of different natural areas. This position determines its climate and creates a variety of amazing beauty of the landscape. Subtropical Mediterranean area takes the major part of Morocco territory. Sahara desert is placed in the south of the country.

In the North the "Land of Far West" has a border with Spain (through the water), in the South-East - with Algeria, Mauritania and Western Sahara are placed to the South and South-East of the country. Mediterranean Sea and Atlantic Ocean wash Morocco.

Morocco, a country where the salty smell of the ocean is mixed with the spicy smell of the East, with the scent of flowers and exotic herbs. Thanks to its unique and good placement, it has been always the land with plenty of fruit, spices and vegetables. Morocco oranges are famous, and bananas as well. The country almost never felt the lack of anything. It stands on the sea and land trade routes. Merchants from Morocco have become a legend.

Visiting Morocco you will get a unique chance to dive into the old Arabic history. You can visit the old cities of the Empire - Marrakech, Rabat, Meknes and Fez.The Eastern market - Souk, with its huge selection of gorgeous oriental rugs, leather oriental hand-made decor will make you forgetting about the modern life for this time you shop there. Just make one step into the Souk territory in Medina and you will feel the time has stopped. The narrow streets, high white walls, magnificent palaces, green gardens with peacocks and parks - will bring you into a fairy tale, which you try not to leave for a long time.

Although the capital of the country is Rabat, the tourists will be offered to visit such a magic place there as Chefchaouen. Founded in 1471 Chefchaouen is a unique place. All the buildings in its streets are sky blue. The citizents love their place and keep it always attractive and clean. regularly they repaint and refresh the walls of the buildings in the color shades of blue, azure and turquoise.

Casablanca (translated from Spanish as "White House") is the largest city in Morocco and its chief port. About 5 million of people who live there and millions of its guests for theintensity of Casablanca life which is felt constantly. The city is really white and beautiful, but it attracts tourists with the shopping centres most of all. Morocco Mall is the largest shopping "land" in Africa. Tourists come to buy there oriental perfume and essential oils, special facial creams, national arabic clothing.

Morocco is really such an attractive country with Mediterranean mild climate and rich nature, that many people from Europe come there to stay in the world of Arabic wonders forever. Although the official country language is Arabic, Morocco was a French colony, so most of people living there speak French and understand English well. The other positive side of travelling to Morocco as a part of an arabic world is loyalty of local population. The official country religion is islam, but everybody who has another religion will not feel ever he is disrespected. Tourists in Morocco, however, should always remember alcohol is not welcomed in islamic countries. It will be better to order something to drink directly in the hotel you stay at.

Morocco has luxurious hotels which offer their customers the services which sometimes have the better quality than in Europe. Food in the hotels there is definitely wonderful. The tour to Morocco, if you take a flight and a hotel, foresees buffet in a hotel. This means you can come to the breakfast and lunch at certain time (the receptionist will tell you the exact hours) and try all the dishes which the hotel chefs offer. Moroccan cuisine is stunning. Fresh fruit and vegetables, lamb and beef and seafood form it. Arabic sweets are also extremely popular. The sweettooth will love ice-cream with fruit, nuts and honey and sherbet. 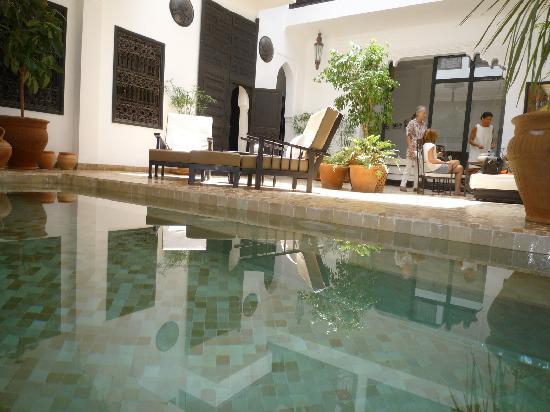 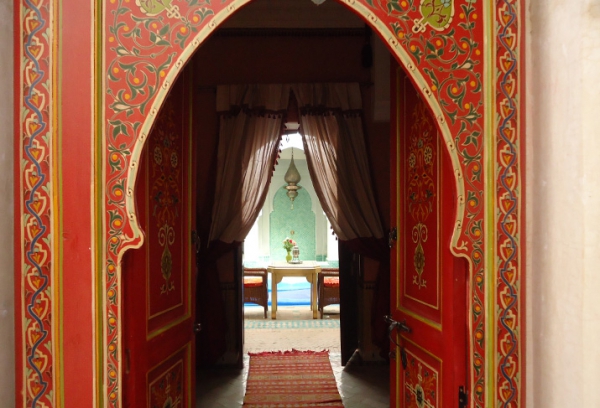