Japan - the country which is placed in East Asia and located in Pacific Ocean is not the country in its traditional meaning.  The "State of Japan" is placed almost at 7,000 islands! However, there are only four main islands which " form " the country.The political system in Japan isconstitutional monarchy. Emperor of Japan is its formal head, but Prime Minister has the main power.

Tokyo, its capital has a population of about 12 million people.  As Japan is placed on the islands in the sea it has got a very humid climate.  The total population of 125 million people. Inspite of the earthquakes  which happen often in this seismic zone millions of tourists visit eagerly the country which differs from the "Main Land" countries with ...everything.

Japanese "alphabet" consists of 5,000 characters. Each of these character is a separate single which can mean the whole syllable, word or a phrase. Various combinations of these characters form words (how we hear them) and phrases. Due to the specific "alphabet" Japanese people mentality differs from the way of thinking of other people. Since their early childhood Japanese people think "in images" and have a very creative mind. Probably this fact has helped much to turn the feudal rural land into the powerful country with the best in the world technologies. Today is something new and unusual appears, in most cases, the product was designed or developed in Japan. Those who  come to this wonder of the modern life - Japan can even meet robots selling food in the stores. Japan leads in scientific research.

Of course, tourists coming to the Land of the Rising Sun, are mostly attracted by the historical places of the country. No one will argue the country guests refuse to watch with pleasure the new wonders of modern technologies and buy them, but most Japan visitors make visa to the country exactly to see what is it - Real Japan.

Real Japan is first of all, its traditions. Japanese are people who know the word "respect". They respect elderly, take sincere care about disabled, pets, adore kids and forgive small children their naughty behaviour. Although young generation won't refuse from American food, most of inhabitants of the country will prefer national healthy traditional food. It is very plain - rice, fish, algae, vegetables. Probably exactly the food is the reason of Japanese people long life. Sea climate also has its important role here. Even people over 60 and 70 can climb Mount Fuji themselves.

The peak of the beautiful mountain is always covered with snow. The image of  Mount Fuji  is so famous that it can be recognized even by those people who never visited Japan. Climbing Mount Fuji is seasonal. If you have such an intention coming to the tour to the country, choose july, august and early september. In 2015 the climbing season is opened on July, 10 - September, 10. before climbing you will be given  special directions how to do it, and you should have the equipment which will help you in climbing the Mount Fuji.

Most of people who try Japanese food in Japan (including sushi) agree that chefs of this country might know the special secret how to cook this stuff. Visiting a restaurant with traditional Japanese cuisine will change your mind. You will fall in love with the tasty simplicity of healthy products cooked right. Some places may offer their visitors to take food  the way local people do it - sitting on the floor. You can take this proposition or ask the guy to bring you a chair or a stool.

During the tour through the country it will be curious to visit a performance in Kabuki Theater. The Japanese dance-drama performers in masks and thick make-up make their bizarre show.

Those who want to see what it is - a real Japanese geisha should go to the capital of the country - Tokio or Kioto. There you will find special places where Geiko and Maiko amuse guests of Tea Houses. They perform songs, dance,  serve sake and play shamisen - traditional Japanese instrument with 3 strings. When adults tourists enjoy Geiko performances, kids can visit Tokyo Disneyland.

Japan is a beautiful country, but this beauty is not a gift. Everything is made by hands of the hardworking people living in this country. Those who come to Japan for the first time can feel comfused as Japanese always smile when talking to you. Often they bow when meet you or say goodbuy to you. For Japanese feelings are very important. Their smiles have also various meanings, but most of them are really positive and sincere. 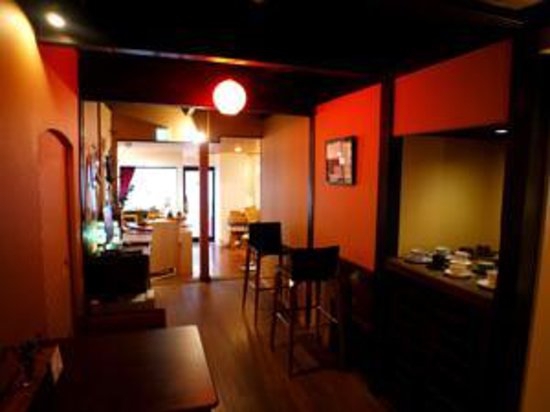