Equatorial Guinea has become a very rich country in Africa. Meanwhile 10 years ago it did not have even paved roads, hospitals or normal schools. Luckily, oil and gas deposites were found there.

The capital Malabo is often called the African Dubai. This growing city takes the northern part of Bioko island. To get there take a plane or a ferry. It is a major commercial and financial center of the country. Malabo resembles a huge construction site. Bata is the largest city of Equatorial Guinea  on its mainland. It is also a huge sea port on the Atlantic coast.

There are not so many attractions in the country. The nature is amazing . Once you see the vegetation of Equatorial Guinea plants and its wildlife, you will realize that this wonder is the reason why you came there. Luba Crater Scientific Reserve takes the large part of the Bioko island. Its basic part are virgin mountain forests and rainforests.

There resorts in Equatorial Guinea are not its main attraction, however, the luxurious beaches and hotels are in a construction plan of a country government.

The country has wide well-laid paved roads, parking places are everywhere. Buses and taxi are used as public transport. In most hotels you can rent a vehicle. The main hotel of the country is Sofitel Malabo President Palace in Malabo. 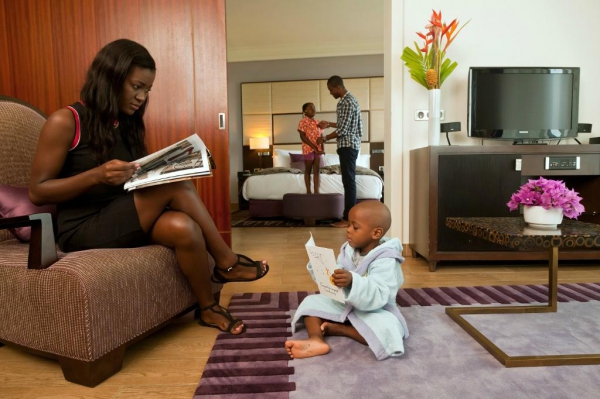