Austria or Austrian Republic (Republik Österreich) is a country in the very center of Europe. It is made up by nine federal states. The head of republic is the President, and the state language is German with Austrian pronunciation. Austria borders on Czech Republic, Slovakia, Hungary, Slovenia, Italy, Switzerland, Liechtenstein, Switzerland and Germany. About 70% of the country's area is occupied by mountains (the Alps). The highest point is the double-headed peak called Großglockner (3997 m). The country’s major rivers are the Danube, Moore, Drava, Salzach and Inn. There are also many beautiful mountain lakes.

Speaking about the climate, we should mention that it differs from state to state and, depending on the region, may bring the Atlantic, continental and Mediterranean traits. For example, the weather of northern and western regions may be characterized as mild and wet due to the influence of north-westerly winds from the Atlantic Ocean, while in the east continental influences are far more pronounced, so we can observe less precipitation as well as warm dry winds there. The average temperature in Vienne ranges from -2 to +1C in winter and from +15 to +20C in summer.

In spite of being united into a single country, nine federal lands of Austria differ very much by their landscapes and cultural structure. This means that you can discover “new Austria” every time you visit the country.

Of course, the first position in the list is occupied by Vienna, the capital of Austria and the imperial residence. It is a modern city with rich cultural life. Here you can see a lot of palaces and monuments such as the Hofburg and Schönbrunn, numerous museum collections which show the rich cultural heritage of Austria, cozy restaurants and modern clubs. Numerous festivals, opera and theater performances, church and secular holidays make visiting the capital an unforgettable experience.

Vienna is situated in the center of Lower Austria state, famous for its vineyards, lush forests, caves and hills. Wachau Valley is a popular place of tourists’ pilgrimage due to the beauty of its Baroque monasteries and famous local wines.

Vorarlberg, which locates in the western part of the country, is full of natural attractions - mountains, glaciers, passes, lakes. On the shores of Lake Constance a world known opera festival is held annually.

Innsbruck, the capital of Tyrol, is known for its mountain scenery, valleys and lakes. Baroque architecture in Innsbruck in conjunction with the surrounding mountains makes this city a unique place to see.

Carinthia or the Lake District is found in the south of Austria. Magnificent landscapes are framed by its capital – ancient Klagenfurt. Here you may find many medieval castles and monasteries.

Salzburg is known as the city of Mozart, and the venue of annual music festival. The majestic castle above the town, numerous churches, palaces and museums attract many tourists all year round.

The nature Styria is extremely diverse with its snow-capped peaks of the Dachstein, and gentle hills, covered with vineyards, caves, endless forests and many fortresses and fortified monasteries.

Salzkammergut, an area famous for its lakes and health resorts, is located in the territory of Styria and Upper Austria. Here you will see majestic monasteries on picturesque banks of the Danube and Inn. Not far away, in Bad Ischl, the former residence of the emperor is situated, and Linz is famous for its numerous museums and the oldest church in Austria.

In Burgenland , the easternmost region, there is a national park Neusiedlersee-Seewinkel - a unique habitat of rare birds. Eisenstadt – is the city of the great composer Joseph Haydn.

The best souvenirs to take home from Austria are Salzburg chocolate and gingerbread, Austrian wines, Tyrolean suits and coats, porcelain from Augarten factory and Swarovski crystal products, Tyrolese bells and glass balls with snow flakes inside.

If you are a lover of "something different" try rural tourism with accomodation on rural hotels and farms, renting bikes and boats, eating healthy food and so on. 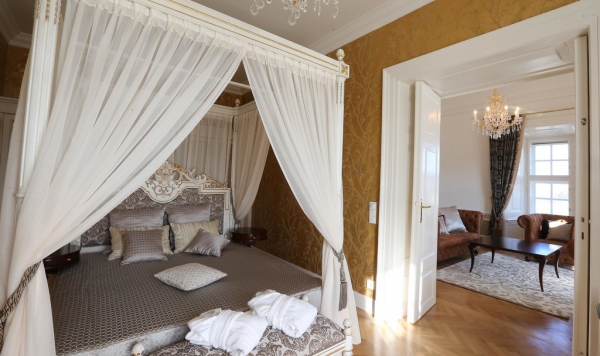